After lots of hours of drawing, pasting, printing, cutting,… the paper prototype of the Facebook application for people with a disability is finally finished so I can evaluate it tomorrow. It is only a part of the application because I will first test it with parents and also a part with children who can read. For the persons who have trouble reading I’m still looking for good icons to replace as much of text as possible but still be clear enough. 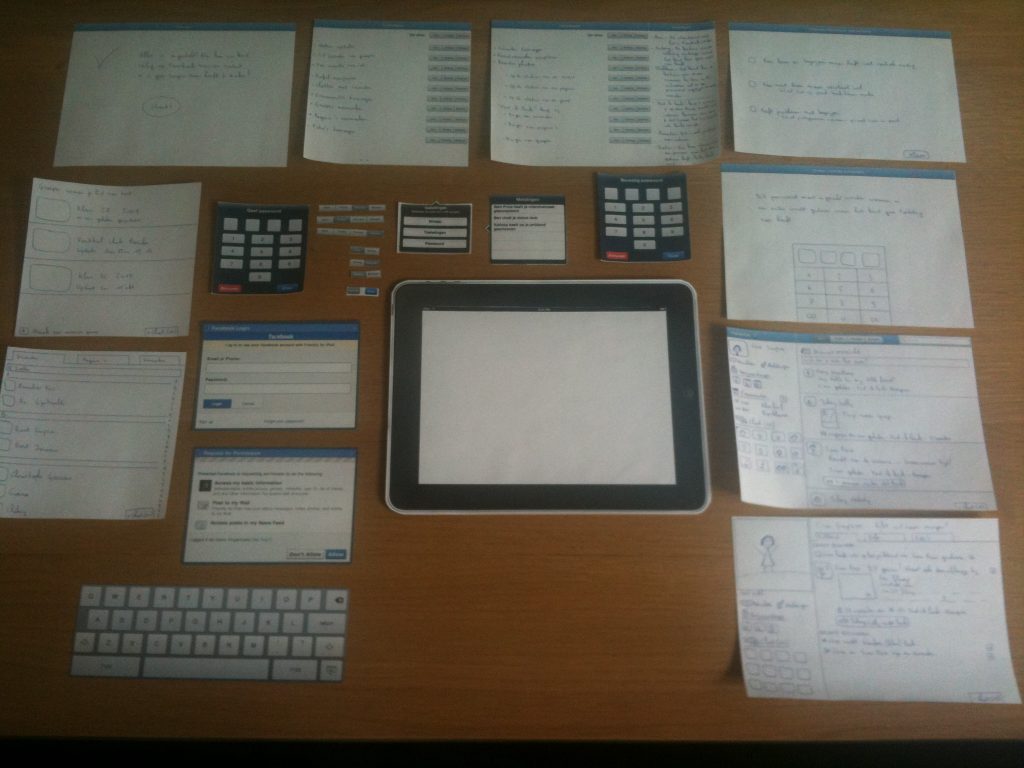 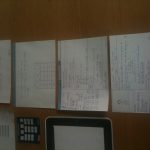 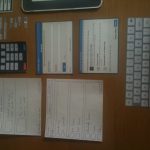 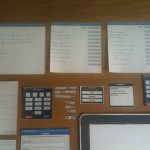 During the last meeting with my coordinator José this thursday we concluded what the application should do:

I am currently reading a great book I found on iPhoneclub.nl called “Apps maken voor de iPhone” by developer Koen Pijnenburg. It’s in Dutch and explains all the basics for developing iPhone apps. Since the iPad has the same operating system the basics are the same for both devices.

The book expects that the reader already has a couple of years of programming experience in an object oriented language. I bought it because I read in a review that it explains Objective-C very well and since I didn’t know the language yet and it is required for developing on iOS that would come in handy…

Today I was given a link to a really great existing application for autistic people or others with a speaking disability like some people with the Down syndrome. It is called Proloquo2Go which is latin for speak out loud. Proloquo2Go is an application for the iPhone, iPod Touch and iPad. In this movie you can see what it really does:

Here you can also find a nice interview about it by ABC news on YouTube (embedding was disabled) which explains the use some more.

Just found a really nice existing application on the iPad that gives interactive textbooks. You are able to click on parts in the images for more detail, watch short movies,… It even makes it possible to collaborate with friends. For example you can put a note with a question about a certain part in the text and your friends will be able to see that note and answer it… The video on http://www.inkling.com/ is definitely worth watching!

This thesis is about how web 2.0 applications and hardware devices like the iPad can change the way we teach and learn things. For example, a lot of students at the moment are too shy to actively participate in interactive lessons and because of that a lot of perhaps really useful input is lost. With the help of connected iPads (or other mobile devices) it could be possible to give anonymous input in an easy way. This input can then be gathered by the teacher. This can give more confidence to those shy students and motivate them to participate in future interactive lessons when they see that their input wasn’t as bad as they thought. Another aspect is in what way can the iPad replace paper? Wouldn’t it be healthier for the back if students don’t need to bring all those heavy schoolbooks anymore but instead just one device of 500 grams?

Because of the wideness of this subject the thesis will concentrate mostly on how this can be used in the special education. I have noticed that a lot of people with a mental disorder, like my brother, can work better with computers and touchscreen devices than that they can with pen and paper and I’m certain that if he could use such device during math lessons that he would make a lot more progress and be more motivated.

So concretely this means that we must iteratively investigate what the demands would be for such a system. Every device of the students should be able to communicate with the device of the teacher (or maybe also with each other for collaborations). This should go in an efficient way so no time is lost in the beginning of the course. We will also have to investigate which communication channel is the best for this kind of application (bluetooth, WiFi, 3G,…). So this thesis touches a lot of aspects, learning 2.0, developing an application on a touchscreen device, the communication between the devices and human computer interaction.

Welcome to my new blog, this blog will be completely in function of my thesis named “Learning 2.0 with special needs”.

This thesis is about how web 2.0 applications and hardware devices like the iPad can change the way we teach and learn things. More specifically we will study this in the special education. For example is the iPad more productive for a person with a mental disorder than pen and paper?